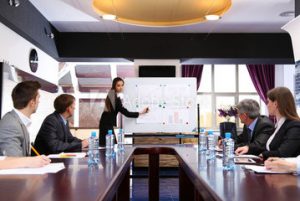 These questions were addressed in the recent case of USS-POSCO Industries v. Floyd Case[1].

Floyd Case worked for USS-POSCO Industries (“UPI”). UPI offered a three-year training program called the Learner Program which Mr. Case voluntarily chose to enroll in. This program trained him to become a Maintenance Technical Electrical worker (“MTE”). The conditions of the program were that UPI would pay for Case’s participation in the Learner program but if he quit his job within 30 months of completing the program, he would reimburse UPI $30,000 of the estimated $46,000 cost per person for the program, less $1,000 for each month Case worked at UPI after completing the Learner Program. This arrangement was negotiated by Case’s union and UPI management. Case agreed to this arrangement in writing (“Agreement”).

UPI filed a motion for summary judgment (a process for obtaining a disposition of a lawsuit before trial). The trial court ruled in favor of UPI and then the parties agreed by stipulation to a judgment against Case for $28,000. However, when UPI applied for $166,798 in attorneys’ fees, Case objected, alleging that since Labor Code §218.5 was amended effective January 1, 2014, the amended code applied, which only allowed UPI attorneys’ fees if Case’s lawsuit was brought in bad faith. Case argued that his claims against UPI were not in bad faith. The trial court awarded UPI $80,000 in attorneys’ fees under Labor Code §218.5 in effect before January 1, 2014. On appeal, the California Court of Appeals reviewed the summary judgment and the attorneys’ fees issues.

Case alleged that Labor Code §2802 prohibits employers from passing on certain business expenses to employees and that the Agreement was illegally forcing Case to pay for UPI’s business expense of the Learner Program.

(a) An employer shall indemnify his or her employee for all necessary expenditures or losses
incurred by the employee in direct consequence of the discharge of his or her duties, or of his or
her obedience to the directions of the employer… [emphasis added]

At first glance, one might think that UPI was doing as Case alleged. However, a careful reading of the law shows that UPI was compliant with §2802 and following the intent of the law.

Labor Code §2802 applies to protect employees only if the expense was necessary in the discharge of the employee’s duties (or when obeying the employer’s directions). Here, participation in the Learning Program was voluntary. It was not necessary. Someone could become an MTE by simply taking a test, learning on their own, or enrolling in the Learner Program as Case did.

Case alleged that UPI violated §450(a) with its Learner Program.

This law prohibits an employer from compelling or coercing an employee or applicant to purchase from the employer. Here, as noted above, Case voluntarily participated in the Learner Program and he had alternatives to becoming an MTE, so UPI did not compel or coerce Case and therefore it did violate Labor Code §450.

Case alleged that the Agreement was an unlawful restraint on employment under Business & Professions Code §16600, that it prohibited or at least limited his ability to engage in his profession.

Except as provided in this chapter, every contract by which anyone is restrained from engaging in a
lawful profession, trade, or business of any kind is to that extent void.

One might think that being required to stay with an employer for 30 months following a training program or alternatively, reimbursing an employer for the training expense, was a limit on the employee’s freedom to engage in their profession. In this situation, the Court of Appeals said it wasn’t.

Case voluntarily chose to enroll in the Learner Program which provided him with advanced training. This advanced training actually prepared him to be more mobile in his profession because he was better trained after the Learner Program than before. The Agreement did not restrict Case’s future employment. It did not constrain where he could work. He could leave UPI and work for anyone. In fact, he did leave UPI after two months of completing the Learner Program. The Agreement simply asked that Case reimburse UPI if he left within 30 months of completing the course. The Court held that the Agreement did not violate Business & Professions Code §16600.

Some employment agreements have been held to prohibit or limit subsequent employment. They often prohibit working for a competitor.  In Golden v. California Emergency Physicians Medical Group[2], the federal Ninth Circuit Court of Appeal asked the lower District Court to determine whether a work restriction in a settlement agreement was a violation of §16600. That restriction said that the employee could not work for the consortium (California Emergency Physicians Medical Group) or at any facility it serviced or owned in the future. These type of restrictions have been common in settlement agreements between employees and employers.

The Court in USS-POSCO Industries v Floyd Case was not concerned with Golden and the Ninth Circuit’s remand to the District Court to “determine in the first instance whether the no-employment provision constitutes a restraint of a substantial character to Dr. Golden’s medical practice”[3] [emphasis added], even though this quantitative analysis was a key issue in the 1916 California Supreme Court case of Chamberlain v. Augustine[4]. The USS-POSCO Industries court said that the Learner Program Agreement, voluntarily accepted by Case and whose benefits transcend any specific employment, was not a restraint on employment.

Thus, the prevailing party in a lawsuit involving the issues noted in the code, except for those covered by Labor Code §1194 and other exceptions, was entitled to recover attorneys’ fees from the losing party. This meant that whether the prevailing party was an employer or employee did not matter.

However, if the prevailing party in the court action is not an employee, attorney’s fees and costs shall
be awarded pursuant to this section only if the court finds that the employee brought the court
action in bad faith. [emphasis added]

The court did an extensive analysis on whether the new code should apply retroactively because generally, courts have ruled against retroactive application unless the legislature made it clear that the code was to apply retroactively. Ultimately, because numerous California courts have determined that code changes affecting attorneys’ fees while cases are pending in court are “procedural,” and that is prospective in character and consequently not at odds with the general rule against retroactivity. Therefore, the Court of Appeals decided that the new Labor Code §218.5 applied and that the lower trial court should determine on remand, whether the claims under Labor Code §§221-223 were brought in bad faith or not.

If any employer or employee is a party to a pending case involving Labor Code §218.5 that was filed before January 1, 2014, they should consider the impact of this decision on attorneys’ fees.  The 2014 change in Labor Code §218.5 is now making employees and their legal counsel more daring with new lawsuits and may encourage settlement of lawsuits involving §218.5.